The song is about dinosaurs, T-Rex, and how many there are.

T-rex is a dinosaur who has a number: one. There are three more in the world: two and three. 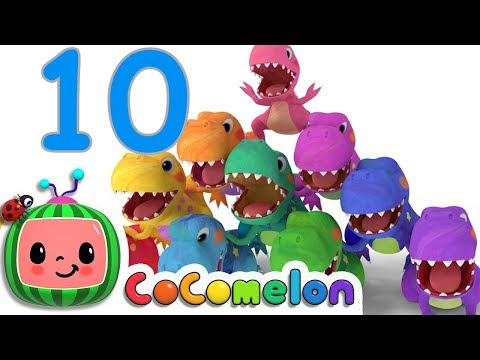 This is a nursery rhyme that has been passed through generations of children. It can be sung in many different languages.

The T-Rex is one, the Pterodactyls two, the Triceratops three and four. The Velociraptors five, six and seven and eight. The Stegosaurus nine and ten, eleven and twelve.

A brontosaurus thirteen and fourteen we will find today!