Peek A Boo Song is a song about a game that is played with children. The game is also known as “Peek-a-boo”, and the lyrics are all about the game.

The song starts with a baby saying “peek-a-boo” and then the mother responds to this by saying “I see you!”. The baby then says “peek-a-boo” again and the mother responds by saying “I see you!” again. This continues for quite some time until the baby starts to say other words such as “mama, daddy, ball, cat, dog and more!”. Once they say these words they do not need to keep playing peek 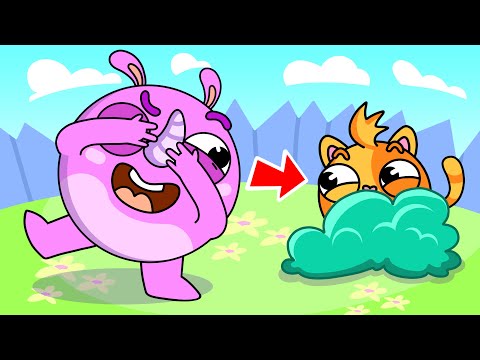 Peek-a-boo is a game that’s played by hiding and revealing one’s face. It is a type of children’s play. The game typically involves the child being “it” while they hide their face with their hands or some other object, then trying to find the other players who are trying to avoid being found.

The Peek-a-Boo song is based on this concept of playing games and hiding from others. The song is about a mother who hides her baby from the bad man, then she hides behind the door, under the bed, and in her closet before finally finding her baby in her arms again.