It was a very hot day and the children were playing in the garden. Suddenly, they heard a strange sound coming from the trees.

So they all ran over to where they had seen him going. There was a little ant on his back, pushing with all his might and trying to get up the hill. But he couldn’t do it!

“We’ll help you!” shouted one of the children and tried to push him up the hill from behind, but he still couldn’t do it! So another child went over to help too and then another, until there were many children pushing together and finally – row, row 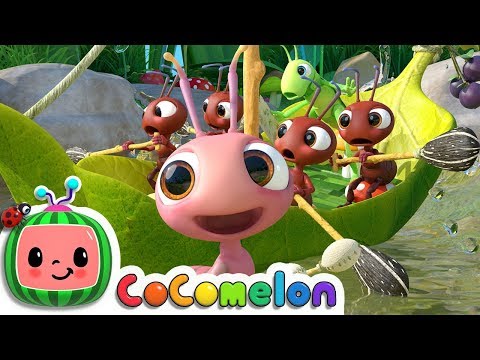 Gently down the stream.

While you’re rowing and rowing

You’re near to the shore.

If you have a lot of fun

Be sure to give a hoot!